The Intrepid Sea, Air & Space Museum is one of America’s leading historic, cultural and educational institutions. Opened in 1982, the Museum has welcomed more than 10 million visitors. The Museum is centered on the aircraft carrier Intrepid (CVS-11), one of the most successful ships in US history, and now a national historic landmark and one of the most unique attractions in New York City. In 1943, Intrepid was commissioned and served proudly in World War II. She went on to serve as one of the primary recovery vessels for NASA, three tours of duty off Vietnam, and submarine surveillance in the North Atlantic during the Cold War. Today she continues her service as a premiere educational center and a monument to all who have served our nation in uniform.

The Museum features a range of interactive exhibits and events providing a snapshot of heroism, education, and excitement. Children and adults alike find themselves immersed in and inspired by the Museum’s exhibits, which range from thrilling historical re-creations such as Kamikaze: Day of Darkness, Day of Light, to new interactive displays. Visitors also can ride in the A-6 Cockpit Simulator, visit the Virtual Flight Zone, and tour the inside of the Growler Submarine. More than 50,000 school children participate in the Museum’s unique educational programs every year. These programs cover every age group and include special initiatives such as character and leadership development. The Museum also hosts the annual Fleet Week celebration in honor of our military personnel.

Since 1982, the Intrepid has become a national icon. More than 915,000 people visit each year. The mission of the Intrepid Sea, Air & Space Museum is to honor our heroes, educate the public and inspire our youth. As an educational and cultural not-for-profit institution centered on the aircraft carrier Intrepid, a National Historic Landmark, the Museum is dedicated to promoting the awareness and understanding of history, science and service through its collections, exhibitions and programming.

The INTREPID FALLEN HEROES FUND (IFHF) is a leader in supporting the men and women of the Armed Forces and their families. Since 2000, IFHF has provided over $200 million in support for the families of military personnel lost in service to our nation, and for severely wounded military personnel. These efforts are funded entirely with donations from the public.

Until 2005 IFHF provided close to $20 million to families of United States and British military personnel lost in performance of their duty, mostly in service in Iraq and Afghanistan. In January 2007 IFHF completed construction of the Center for the Intrepid, a $55 million world-class state-of-the-art physical rehabilitation center at Brooke Army Medical Center in San Antonio, Texas that serves military personnel who have been catastrophically disabled during their service to our nation. In June 2010 IFHF opened the National Intrepid Center of Excellence (NICoE), a $60 million, 72,000 square foot facility located at the Walter Reed National Military Medical Center in Bethesda, MD. Today NICoE is the Department of Defense’s lead facility for research, diagnosis and treatment of Traumatic Brain Injury (TBI) and psychological health conditions, which afflict hundreds of thousands of military personnel.

In 2013 IFHF launched a new campaign to extend the care provided at NICoE to more service members suffering TBI. IFHF is building ten “Intrepid Spirit” centers at major military bases around the country. These centers act as satellites to the central NICoE facility and allow urgently needed care to be brought to more troops and closer to home. Over $100 million has been raised to date and the nine Intrepid Spirit centers are open and operating at Fort Belvoir, VA; Camp Lejeune, NC; Fort Campbell, KY; Fort Bragg, NC; Fort Hood, TX; Joint Base Lewis McChord, WA; Camp Pendleton, CA, Eglin Air Force Base, FL and Fort Carson, CO. A tenth Center is under construction at Fort Bliss, TX.

A Little Kindness Can Change Everything

On this day we remember the four chaplains who gave their own lives to save those of their fellow service members in a moving example of selfless service. Learn their incredible story of service and sacrifice. https://t.co/M3dNQAgRkT 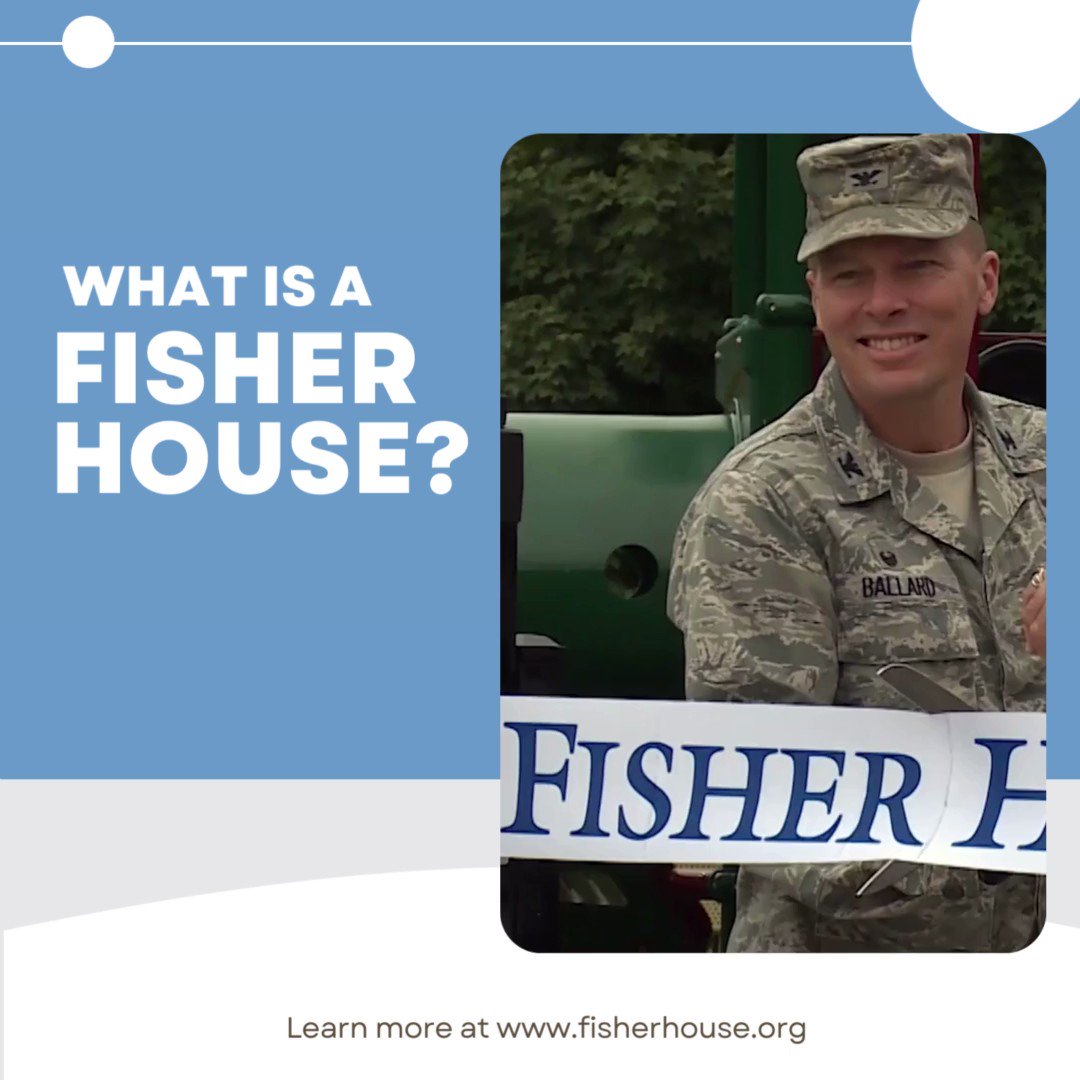 Tomorrow is our friend Elmo’s birthday! We wish you tons of fun, love, and laughs with all your friends on Sesame Street! #HappyBirthdayElmo Find more resources from Elmo and his friends at https://sesamestreetformilitaryfamilies.org.

It looks like Punxsutawney Phil has seen his shadow – 6 more weeks of winter. #GroundhogDay2023

🚨 15 Days Left 🚨 The deadline to apply for Scholarships for Military Children and Heroes’ Legacy #Scholarships is 2/15. Watch the replay. Marshall gives you the inside scoop on all things scholarships. #FisherHouse #ScholarshipAlert Defense Commissary…

Men of faith honored for sacrifice. On this day we remember the four chaplains who gave their own lives to save those of their fellow service members in a moving example of selfless service. U.S. Army chaplains, Lt. George Fox, a Methodist minister; Lt.…

Last month WWII Army veteran Dr. John B. Long turned 96. He received his biggest birthday present with the naming of a room in his honor: The “Staff Sergeant John B. Long Tactical Operations Center” located on the 2nd floor of the Canalside park’s museum. https://t.co/n8moGARkCw 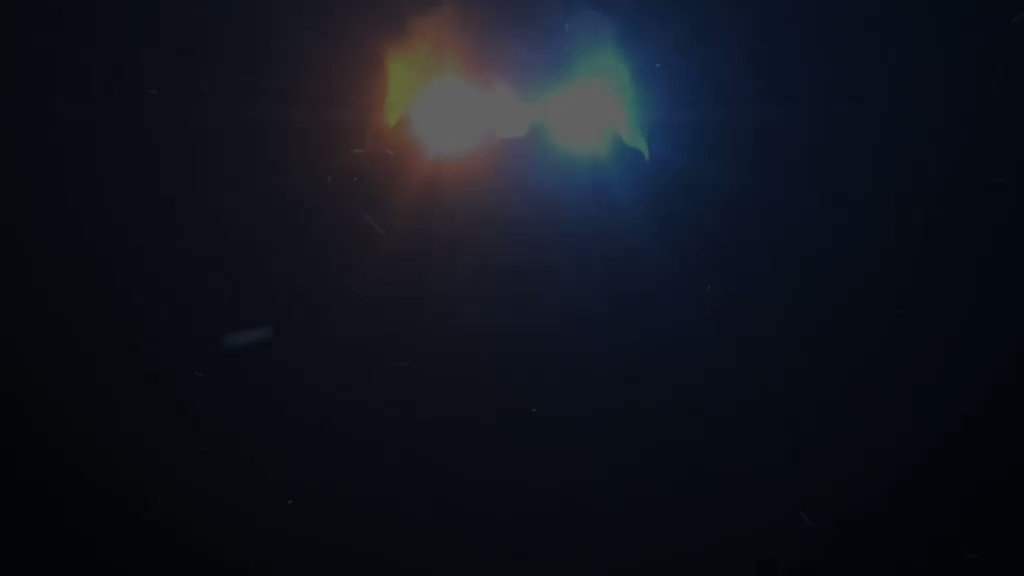 Today we admire all the passionate and dedicated female athletes who not only compete but also serve our country. Athletes like 2022 @warriorgames @armyARCP Cpl. Tiffanie Johnson. @DVIDSHUB https://t.co/uaSzk3wQBQ

A free lifetime pass to more than 2,000 federal recreation areas is available for veterans of the U.S. Armed Services and Gold Star Families.

FUN FACT: One of the most expensive SUV’s in automobile history was sold, with the proceeds benefiting Fisher House Foundation. Check out #2 on the list in the link below. https://t.co/ApwP866ZPD

It's not too late. Join Marshall as he answers all your Scholarships for Military Children application questions, online, right now https://t.co/ataV8cJx8z.

Marshall goes live on #Youtube in 10 min to answer all your questions about our Scholarships for Military Children online application. @YourCommissary #scholarships #Military Join here: https://t.co/ZSRj6iAmw9

Join us Today at 1:00 PM ET, as we go live to answer all questions about our Scholarships for Military Children online application. Can’t make it? No problem; post your questions below for Marshall. Let's Talk Scholarships: https://www.youtube.com/live/0og4MegAhTM?feature=share…

Don't forget!! We go live today at 1pm ET on @YouTube to answer all questions about our Scholarship Program. Can't make it?? DM us your questions now, and we will get them answered! @YourCommissary #scholarships #militaryfamilies https://t.co/SSPyuQ2V9F

Join us tomorrow, Tues., Jan 31, as we go LIVE on #YouTube to answer all questions about our #Scholarhips for Military Children online application. 500 scholarship grants, each for $2,000, will be awarded for the school year 2023-2024. @YourCommissary